Are older ones superior to new cars? Many people buy used cars instead of brand-new ones, but is this the best choice for you? There are several good reasons to buy a used car. Let us look at the less obvious benefits of buying a used car instead of a new one. 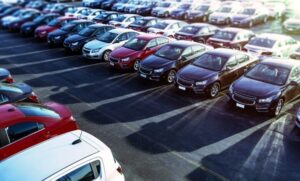 You already know this. Used cars are much less expensive than brand-new ones. Also, cheaper-than-average prices for used cars make it more likely that you can pay cash or make a bigger down payment. Also, you might be able to get a model with more features than you could afford to buy brand-new. Several companies sell cars and offer 2nd hand cars for sale at very reasonable prices.

Also, when you buy a used car, you do not have to worry about the value of the car dropping as soon as you drive it off the lot. A brand-new car could lose up to 30 per cent of its original value in the first year you own it. A used car will still lose value over time, but it will do much more slowly than in the first few years.

Most used-car loans are shorter than new-car loans so that people can pay off their cars faster.

When buying a used car, people often want to know about the warranty. The original manufacturer’s warranty still applies to a lot of used cars. Even if the factory warranty has already ended, buyers of used cars may still be able to get extended warranties. This may not always be an option, but most dealerships offer warranties for used cars, especially for their “Certified Pre-Owned” cars. There are several 2nd Hand Cars For Sale in different second-hand car companies that you can choose to purchase as some of these companies has a really good image in the market.

Most of your car insurance costs are based on how much your car is worth. The cost of insurance goes up as your car’s value increases.

Every year, new car models come out. There is a lot to choose from, but the number of new cars is much smaller than the number of used cars. When you buy new, you can only get models that have come out in the last few years. On the other hand, buying a used car gives you access to a wider range of vehicles, including some old favourites. Some older automobile models are timeless, correct? They have been there for decades, reminding us of good times in the past.

You have probably heard of a driving test, but have you ever heard of test ownership? Why do people not take test drives anymore? The phrase “test own” is becoming more common in the car business. It is not as common as a “test drive,” but it is getting there. You would not learn much from a quick test drive around the block while a salesman talks in your ear. But with your test-own, you can buy a car and know that if you change your mind, you can return it and get a full refund within a few days.

When you buy a used car, you can also find first-hand information about it on social media, such as YouTube reviews, forum posts, Facebook pages and groups about cars. This information could be helpful for models that have been on the market for a while, as it could shed light on common problems, questions, and how to solve simple problems.

Before we buy a used car, we always think about where it came from. Do you know that one of the perks of buying a used car is that you can look into its history? You can see the history of a used vehicle in addition to all the basic information about it, such as ratings from other users.

A car’s VIN (vehicle identification number) gives a full history of the car, including how many miles it has been driven and whether or not an insurance company has ever written it off.

When you buy a used car, you can learn about its history and how it will work. Do not just purchase a used one by seeing good advertisements like 2nd hand cars for sale etc.

Recalls and other problems mostly happen to cars that are brand new. Most of these problems have already been fixed regarding used cars.

The model under consideration has had problems in the past that have been fixed. Also, if you have a problem with a used car, it is likely that the person who owned it before you has already found a way to fix it. So, it is easy to fix cars that have been used before.

A proverb says that age is gold. From the above list of benefits of buying a used car, it is clear that there are many reasons to buy a used car. An old car could bring about changes in your life than that are good and new.