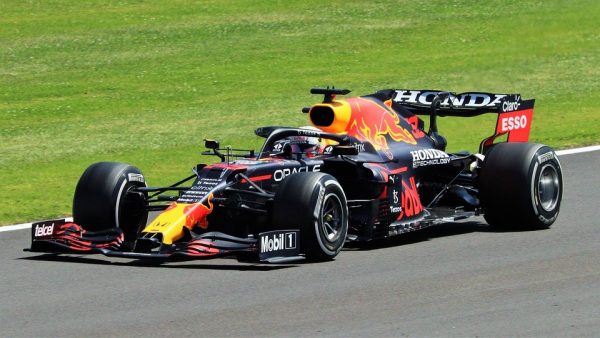 The Formula 1 season came to a thrilling yet controversial climax at the Abu Dhabi Grand Prix on the 12th December as Max Verstappen clinched his first world championship. British racer Lewis Hamilton was the favourite to win the F1 title in the week heading into the chaos at Abu Dhabi, with bets being placed on odds as low as 4/9.

The 36-year-old driver won a gripping street circuit race in Jeddah, Saudi Arabia the week prior, trading the lead with Red Bull’s Verstappen on numerous occasions. The win put him level on points with the Dutchman, with the bookies favouring him to win a record eighth world championship.

Heading into Abu Dhabi, it was easy to see why Hamilton was favoured so heavily. He outperformed teammate Valtteri Bottas by a whopping 161.5 points. With his pedigree preceding him, everything seemed set for Hamilton. However, a stinging twist in the tale dashed his hopes in the last minute.

For two hours, Hamilton was on course for his unparalleled win. However, after 1296 laps, it was the 1279th and final where Verstappen gained the lead to cause the upset. The win has been steeped in controversy since.

It all changed for Hamilton when Nicholas Latifi crashed five laps from the finish, forcing a safety car to come onto the track. The 2nd placed Verstappen made a pitstop for a tyre change during the delay, while Hamilton stayed out, ahead in 1st. in doing so, the number of lapped cars between the two grew to five.

This is when Michael Masi, the race director, made the decision that only those five should be allowed to unlap themselves. This goes against usual procedures where all cars would be able to do so. Of course, this was heavily challenged by Hamilton and Mercedes, who argued that Masi’s were not in line with the sporting regulations, a challenge that was dismissed by stewards.

This meant that Verstappen started the final lap directly behind Hamilton on tyres much fresher than his. With the restart disabling DRS, Verstappen made his move down the inside of Hamilton on turn 5 to take the lead. On his worn tyres, the Brit could not repass Red Bull’s car despite his best efforts and the Dutchman crossed the line ahead of him to bring the action to a close.

As Verstappen and his team were jubilant in their victory, Mercedes boss Toto Wolff was livid, screaming at Masi over his radio. “Michael! You have to go back a lap,” Wolff said, disputing that the result should count from only the lap before the Safety Car came in.

This is Mercedes’ main issue with the result, contesting that regulations determine either every car on the track should have un-lapped themselves or none of them should. In response, they lodged a complaint to the FIA.

The FIA said: “The circumstances surrounding the use of the Safety Car following the incident of driver Nicholas Latifi, and the related communications between the FIA Race Direction team and the Formula 1 teams, have notably generated significant misunderstanding and reactions from Formula 1 teams, drivers and fans, an argument that is currently tarnishing the image of the Championship and the due celebration of the first Drivers’ World Championship title won by Max Verstappen.”

Red Bull were of course quick to rebuff any claims of controversy with Team Principal Christian Horner saying: “We never wanted to end up in front of the stewards, there was obviously a lot of debate before the race… it was a shame it ended up there but the stewards made the right call.”

He later went on to call Mercedes’ protests ‘desperate’. Although still more than unhappy with the result, Mercedes withdrew their appeal, despite many former racers believing they would have won. Hamilton himself was left so furious with the result that there were even talks of retirement over the debacle.

Though the season had its fair share of controversy throughout, usually featuring the two poll leaders, the events on December 12th were truly unprecedented. We have never really seen anything like it before and are unlikely to see it happen again after the fallout.

Whilst Hamilton is expected to stay on at Mercedes and continue his chase for that record-breaking championship next season, this is undoubtably a dark spot in his career and even on the sport as a whole. Unfortunately, it may also leave a proverbial asterisk next to Verstappen’s win who, despite the contentious nature of his victory, is an extremely talented driver.

Though, admittedly, the professional rivalry that has been formed between the two this season has been great for the sport. In fact, the 2021 season was the most watched on record, up 54% from last year. A new era has been ushered in with Verstappen’s win and the events that unfolded in Abu Dhabi should not overshadow the stunning battle between the two this season and the many that are yet to come.