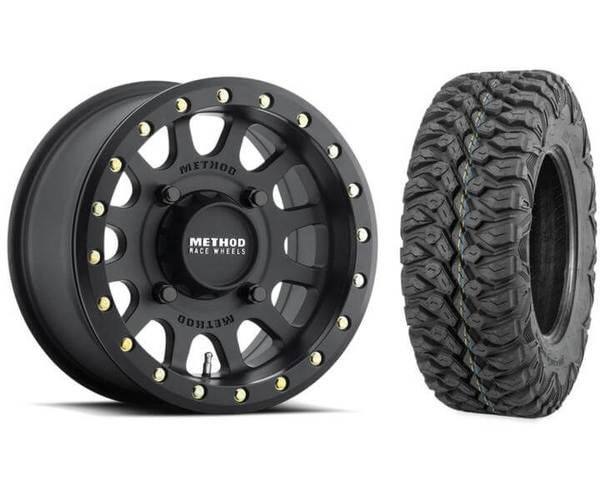 “What makes an off-road tire?” one of Shakespeare’s cousins asked about a couple of hundred years ago. Or perhaps it was Newton? Ayn Rand, Mehmet II, Aristotle, we’re not really sure -- but one thing is clear: off-road tires are born different when compared to their counterparts.

An off-road car, according to the way I see it, is nothing short of a miracle. Before, we used to struggle against the environment on an everyday basis. To be fair with you, I can’t even begin to imagine how people live high up in the mountains of Peru or Bolivia.

With an ATV, a UTV, or a godsent Jeep, we can suddenly turn what would have been an infernal trek into nothing more than a bumpy ride. The thing is that if you were to try the same thing with a Sedan, you’d probably be thrown to hell and back by all the bouncing.

With an off-road rig, though? It probably won’t feel like anything more than a boat ride.

If the aforementioned quote still echoes through the theatre of your mind like harsh high school gossip, then we’re going to put it to rest and tell you exactly what it is that makes off-road tires so damn special.

Looking for high-quality off-roading equipment? Don’t be afraid to get dirty with these mud tires!

How Are Off-road Tires Different?

To begin with, the very design behind off-road tires is supposed to be the polar opposite of what your typical tires are. This is the reason why an off-road car can seemingly pull itself out of sand or thick mud as if it’s being winched out.

Additionally, it’s often said that it’s the wheels and tires that make or break an off-road car. Without good tires, your car is not going to perform half as well as expected. So what is it exactly that makes them different?

Simply put, off-road tires have been designed to grip much more firmly on harsh terrain conditions like dirt or rocks. Do you know the all-too-common situation in which a normal passenger car drives into a patch of mud and gets stuck?

Of course you do. We all do. If anything, that’s probably one of the most infuriating situations for a driver save an accident. Just the thought of wheels spinning into empty air and splashing dirt and mud all over is enough to drive a person over the edge of madness.

If you’re not quite looking to wrestle with your psyche, however, then you’ll probably want to take some interest in off-road tires. What makes them so great at gripping terrain is a far more “aggressive” tread pattern that allows them to latch onto whatever they drive over.

Additionally, off-road tires are also typically made of different materials. While street tires feature hard rubber so as to accommodate driving over constructed roads, off-road tires make use of softer rubbers that allows them to grip terrain better.

To explain how that works (in five-year-old terms), it essentially allows the rubber to “settle in” the texture of the ground it’s driving over a bit more. Therefore, the wheels are going to receive momentum when they spin themselves forward out of the texture.

Not unlike if you were to touch hard ice with your warm palm during extremely cold weather -- it would stick to it! Don’t do that, however. You’ll hurt yourself very, very badly. Your hand hasn’t been designed from off-roading rubber.

It’s up to you to decide and determine what you need for your rig. If you’re not quite sure, then contact your mechanic for advice.

Good! Tires are very important for off-roading. You should always learn as much as you can about tires, as it might save you during a rough patch in the future. As recommended above, make sure to contact your mechanic and see what suggestions they have for you.