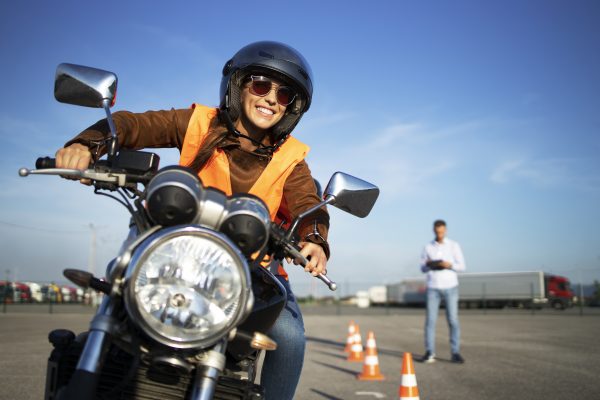 If you love the speed and the breeze of fresh air while riding a motorcycle, it can be a fun and exciting ride. But sadly, a bike can be more dangerous than a car, especially if you’re not careful while on the road. The presence of debris and other road hazards has minimal effect on cars but can pose a severe threat to motorcycle riders. An uneven road or wet pavement can result in an accident resulting in injuries or even death.

A typical question that usually comes to mind is what percentage of motorcycle riders get into accidents? In recent years, motorcycle accidents have been a prevalent issue in various states, most often resulting in injuries and deaths every year.

Although negligence might play a role in increasing accidents, you should also be familiar with other dangers on the road. Here are several common road risks to watch out for:

Moving over wet surfaces carries a risk. These surfaces can put one at danger for hydroplaning, but one scenario that can put a motorcycle rider in trouble is when rain mingles with oil residue on the road. The risk is high since motorcycles only have two wheels gripping on the road.

If you’re traveling during a rainy episode or over wet surfaces, make sure to brake gradually and with caution. When you abruptly reduce the speed, it can diminish tire traction and control over your bike. When moving on a turn on a wet surface, try to slow down and steadily accelerate to keep your bike in balance while moving through the rest of the turn.

The presence of roadway debris such as leaves, rocks, garbage, or tree branches can put a motorcycle rider in danger. When you move over these objects, it might disrupt the balance of your bike. In some cases, you might propel things and strike other drivers.

Always stay alert while on the road and maneuver around debris if safe without putting yourself in danger. If you can’t move around the debris, proceed carefully when driving and keep your bike straight while avoiding sudden braking or acceleration.

Aside from the debris, the road surface itself can be a risk factor. Among the various surfaces, gravel is the most dangerous for motorcycles, especially when making turns. It can even cause your bike to slide out from under you.

If you’re moving over gravel, lessen the lean of your motorcycle and avoid abrupt braking, swerving, or accelerating. If you’re going to slow down, release the throttle fluidly and uniformly apply the brakes.

During bad weather, it might not be best to go out with your motorcycle. If you need to go out, you’ll end up soaked and driving over flooded or snow-filled streets even if you’re ready with weatherproof gear. The combination of poor visibility on the road and the barrage of the elements can be a deadly one.

Some drivers attempt to change lanes without warning or paying attention to their surroundings. In such cases, when a car strikes a motorcycle while changing lanes, the rider is at risk for injuries.

Additionally, driving at fast speeds can put one at higher risk, especially if the rider isn’t wearing proper gear. Although most drivers send out a signal before attempting to change lanes, you must pay close attention to vehicles starting to drift over so you can readily make the right move. 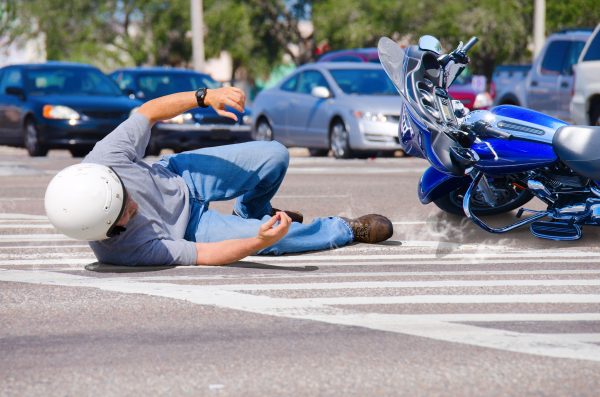 One of the hazards with motorcycles is the tendency for the tires to end up stuck on the tracks of railroad crossings. The danger of crossings increases during wet weather when the tracks become slippery. It’s likely for the motorcycle wheels to lose traction, making it challenging to maintain reasonable control over the bike.

You can minimize the danger at railroad crossings by moving over the tracks in a straight, perpendicular line. As much as possible, don’t move your bike in a diagonal manner or at any angle. As for your speed, maintain it while crossing or slow down upon approaching the tracks and steadily accelerate before you move forward. The speed can reduce the weight in the front of your bike and prevent the tracks from holding the front wheel.

At some point, you’re likely to encounter an animal crossing the road or even right in the middle. Once you see one on the road, try to lower your speed and maneuver around it, only if it’s safe. Sadly, some motorists attempt to swerve to avoid an animal or other obstacles in the road, resulting in severe accidents.

Before maneuvering around an animal, always check your mirror and blind spot and proceed carefully. Remember that other vehicles on the road might not be able to brake or swerve quickly, and the animal might not even be visible to them.

When traveling, stick at speeds that allow you enough time to safely react to whatever is in front of you, whether it’s other vehicles, obstacles, or animals.

If you love to travel using your motorcycle, always take the necessary safety precautions while on the road at all times. Staying alert for these road hazards, riding safely with the correct technique, and wearing the proper protective clothing and helmet can go a long way in ensuring safety on the road.