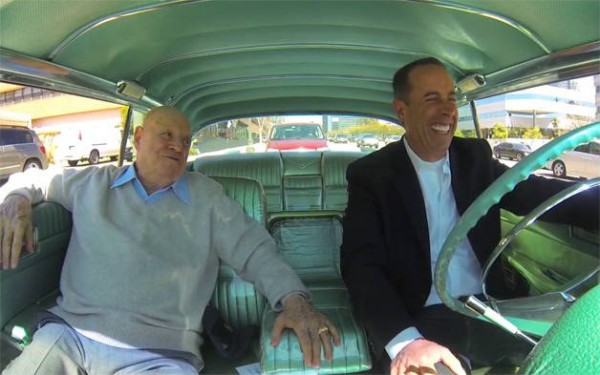 Comedians in Cars Getting Coffee, Jerry Seinfeld`s show in which several American classic cars have been shown since its airing on July 4th presents its newest episode You`ll Never play the Copa.

The definite star of the episode is Don Rickles along with the costarring 1958 Cadilac Eldorado Sevile.

Both Seinfield and Rickles had a whale of a time driving the stunner along Gleneagles Green and discussing Ronald Reagan, Billy Graham, Frank Sinatra, and Herkie Styles.