“Transformers”has always couted as the movie with the most awesome supercars. The 4 sequel is not exception. 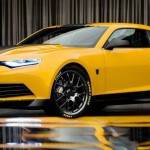 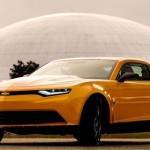 The new star will be the 2014 Concept Camaro Bumblebee.This generation of Camaros is far better than the rest. Plus, it underwent a major facelift. The forth movie Camalro Bumblebee is a definite success in comparison to the first one.

Unfortunately, this Bumblebee will not get the chance to show up that much as there is a line of other important cars to venture in the movie. It is believed that at some point in the movie, the favorite Autorobot will have its time.