Everyone loves a rogue, someone who can talk the talk, walk the walk and flick the v’s whilst doing at.

Motor racing has certainly had its fair share f so called ‘bad boys’ and plenty of ‘play boys’ too as we look at five who could start an argument in an empty room. 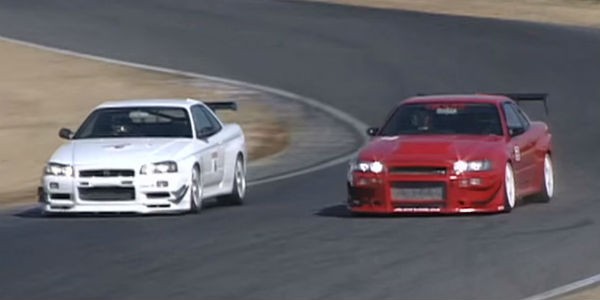 On the face of it, the man known as ‘Our Nige’ appears to be rather mild mannered but in the paddock, Mansell had a penchant for falling out with his fellow racers.

Nelson Piquet, Alain Prost, and Ayrton Senna were three high-profile names Mansell had set-twos with and he even quit the sport believing his team mate at the time – Prost – was being given preferential treatment.

Despite all this, Mansell to this day is revered by Ferrari and was even given the nickname Il Leone for his dogged fight, determination, undeniable skill, and ability to never back down from voicing his opinion on things.

Irishman Eddie Irvine made his Formula One debut at the 1993 Japanese Grand Prix racing for Jordan. On his debut, he scored a point and got punched by Ayrton Senna.

Quite the impact, but it didn’t end there, in 1999 he had bust up with Michael Schumacher – or rather a disagreement as it was called at the time.

Irvine, like Mansell, always spoke his mind even if it was not the corporate speak expected of him and his bust up with Senna has gone down in motorsport folklore.

NASCAR superstar Dale Earnhardt had the nickname ‘The Intimidator’ which should tell you everything you need to know.

The American’s aggressive driving style and attitude off the course makes him one of the best badasses motorsport has ever seen. Wearing dark shades and a stern look with arms folded, if he wasn’t in the mood for talking you knew about it.

However, if he was in mood for talking you knew about it too, especially if you had crossed him.

He also had a penchant for taking no crap and the odd brawl. At San Jose Champ Car race his got into a fist fight with Alex Tagliani and had a brutal rivalry with Sebastian Bourdais which resulted in multiple collisions and plenty of fist fights.

Tracey even admitted he would go looking for confrontation so he could use it as motivation to beat other drivers -what a badass.

Perhaps not an obvious choice but then again when you think about it, the German was undeniably a badass driver.

Ruthless on the track, he punted Damon Hill off the track to win his first world title, Schumacher was prepared to anything out on the track in order to win.

At the 2006 Monaco Grand Prix, Schumacher’s ruthless strike showed once more by stopping his car at the tight Racasse corner during qualifying so no one would be able to set another flying lap thus ensuring him pole.

Also, how can you win seven Formula One world titles without being the biggest bad ass of them all.