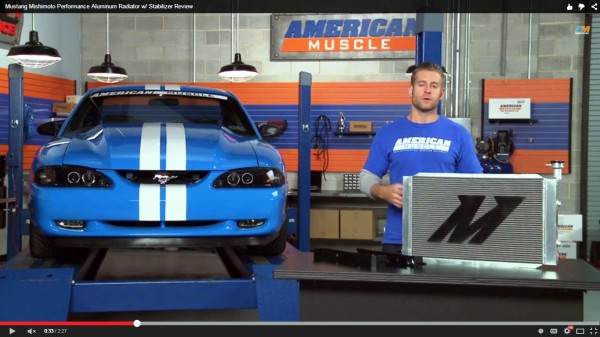 Coolant temperature continues to rise as the engine operates. Without a functioning fan to promote air circulation through the radiator, it will quickly overheat. Electric motors help the radiator fan to perform its job. Minor issues in radiator fans can quickly develop into significant problems that could result in thousands of dollars’ worth of repair.

Sometimes, radiator cooling fans don’t start up immediately. The Electronic Control Unit (ECU) has to send a signal to the radiator fan to switch on which won’t happen unless the engine is warming up. You may have to wait a few minutes before the fan comes on. When it does, you should be able to hear a distinct whirring sound. If it doesn’t you should pop the hood and see whether it is working or not.

This troubleshooting plan is intended to help avoid confusion and determine why your radiator fan has stopped functioning.

The most common reason for a radiator cooling fan to not work is a problem in its wiring. You need to inspect the wiring if the fan doesn’t turn on even when the car heats up. Look at all points of electrical contact going in and out of the radiator fan. It is highly possible that the problem is nothing more than a wire that has worn out due to heat and requires replacing.

You are going to need a voltmeter for this step. Unplug all the wires from the radiator and test their integrity individually. There is nothing wrong with the wires if both the positives and the negatives display a voltage of 12. Any irregularity in the electricity supply indicates faulty wiring. These should be replaced immediately by a professional.

You should check the relays if all the wires test fit and are in good condition. Relays are responsible for supplying electricity to the individual wires. These are small box-like structures and are known to wear out quickly from fatigue and extensive use. Your fan may start working as normal when you replace the replays.

Fuse is present in anything electrical. The fuse protects the entire system from an electrical surge. It effectively cuts off the electric supply when there is a power surge to save the equipment from destruction. This is generally referred to as a blown fuse.

Blown fuse are more common than you would think. They don’t require much experience in changing and can be easily done by an amateur. However, you may consider taking the car to a mechanic as well since these don’t cost a lot. If the radiator cooling fan is not working and the wiring is intact, get the user manual out to locate the fuse.

It shouldn’t be too hard to spot broken fuses. Hold them up to light and check whether the circuits are connected inside. Replacing the fuse should get your car’s radiator fan working again. Make sure you fix the new fuses in the correct locations. They should snap right into place.

A radiator cooling fan starts when the ECU signals it. This is usually done when the engine gets hot during idle times or low driving speeds. The temperature sensor is responsible for letting the ECU know that it is time to signal the fan. The entire process is compromised when the temperature sensor fails to send the right signals.

It is quite possible that the temperature sensor is faulty and the ECU is not receiving correct signals to initiate the cooling fan. You would need to locate the sensor on the thermostat cover. Sometimes, cleaning the sensor can take care of the problem. There are many DIY videos on YouTube that can be of help.

If not, you should consider replacing it with a new one. Make sure you take the car to a certified mechanic.

Sometimes, it just so happens that the radiator fan is working, but is unable to do its job effectively. You can hear the noticeable whirring sound in the engine, but the engine still seems to heat up. This is probably because of insufficient coolant in the system. You should make it a weekly habit to check the coolant level in your radiator. Refill immediately when it is lower than optimum levels.

You could risk having the entire engine seize if you continue driving the car when the coolant levels are low. You could be looking at really expensive repairs if the engine seizes. In fact, most mechanics would suggest selling the car than repair it.

These are the most common reasons for a radiator cooling fan to stop working. You may need to invest in a new fan if you have tried everything mentioned above without concrete results. Fans have a lifespan like every other equipment in your vehicle. You need to visit your nearest auto mechanic and have them take a look at your car.