Virtually everybody knows what and where London, England is. It’s one of the world’s most famous tourist destinations, not to mention a highly influential and historical one.

With the number of places that’s worth visiting in London, it might be difficult to know which ones to visit when you have a tight timeframe. 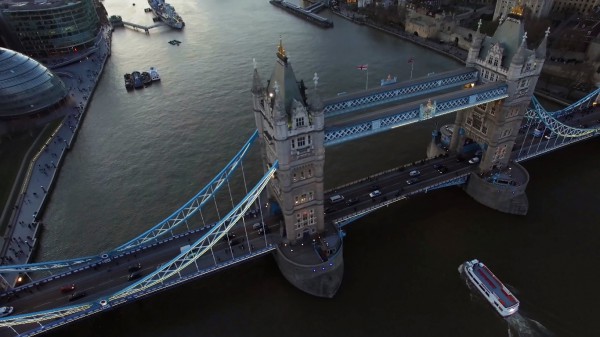 In this article, we’ll list down the top must-visit places you should visit in London when you don’t have the luxury of time.

Buckingham Palace and the Changing of the Guard

When you visit London, make sure you visit Buckingham Palace, which is one of Britain’s most iconic buildings.

It’s also the place where the Changing of the Guard occurs. It’s a colorful and free display of precision marching and music.

If you don’t have much time to spare, visiting the Buckingham Palace and watching the Changing of the Guards will be hitting two birds in one stone.

Just three miles off of the Buckingham palace is the Tower of London. You can get there by bus, subway, taxi, or even on foot. But if you have a car rental, travel will be much faster (try StressFreeCarRental.com)

This spectacular World Heritage Site offers you fascination that will surely be worthy of your limited time if you’re curious about London’s history.

Take a nine-minute drive from the Tower of London and you’ll reach Big Ben.

The 318-foot-high tower that houses the giant clock and its resounding bell called Big Ben is a sight to behold.

Below it, you can see the House of Parliament, which seats Britain’s government for many centuries. It has also once been the site of the Royal Westminster Palace.

Travel even a shorter distance of 1.2 miles from Big Ben and you’ll arrive at Picadilly Circus and Trafalgar Square, which are arguably two of London’s most sought-after tourist spots.

Trafalgar Square serves to commemorate Lord Horatio Nelson’s victory against the Spanish and French invaders in 1805.

Meanwhile, Piccadilly Circus marks the crossing of several busy streets in London, which are:

If you have time to spare to travel, you can reach Westminster Abbey from Piccadilly Circus in six minutes.

Westminster Abbey has long been associated with British Royalty. It also stands on a place where Christianity in London thrived in the early 17th century.

Officially named the Collegiate Church of St. Peter in Westminster, Westminster Abbey is a gothic masterpiece of architecture that sports that highest Gothic nave in England.

It’s one of London’s top tourist attractions, drawing more than a million visitors every year.

After visiting Westminster Abbey, you can spend another five minutes of travel to reach Covent Garden.

Covent Garden has market halls that welcome you to the neighborhood. The halls and arcades have specialty shops and kiosks that sell everything from souvenirs to handicrafts.

The last but not least favorite destination in this list is the London Eye, which sits just 1.2 miles from Covent Garden.

Nothing screams London like the London Eye, which is built to mark the city’s millennium celebrations in 2000.

London Eye is Europe’s largest observation wheel, with individual glass capsules offering the most spectacular views of the city.

With the London Eye, you can embark on a circular tour rising 443 feet above the Thames. The journey lasts for 30 minutes, but the memory will last a lifetime.

Overall, London packs many sceneries and must-visit places you shouldn’t miss when you’re in the city. Even with a limited timeframe, you’re sure to enjoy a whole lot of them.