Most often than not, when new technology is introduced, most of them are expensive, and that is precisely what happened when cars were first introduced. Then, owning one was considered more of a luxury and was often identified with the rich people. However, today, owning a car is more of a convenience, and the good thing is that there are many options available today. You can choose to buy a new car or a used car, all which is dependent on your preferences as well as how deep your pocket it. Well, when we talk of a used car, most people think that they are lemons, but this is not always the case. These days you can find used ford trucks or any other models that are as good as new. Then what are some of the pros of buying a used car? Find out below. 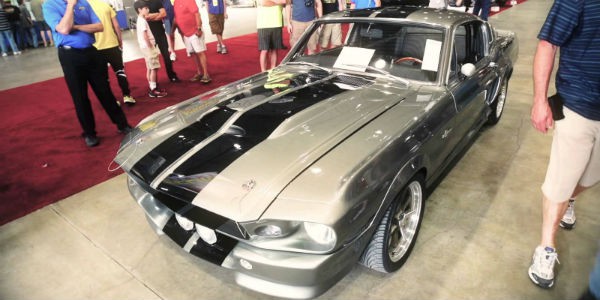 Perhaps, one of the obvious reasons for buying a used car is the fact that they are way cheaper compared to new vehicles. You can be able to save up a few bucks and still get a good functional car. For one, a car’s value depreciates with time, which means that you can buy a car at about 10% or 20% less than its original value. Secondly, if the seller was maintaining their vehicle by frequent servicing, buying that car will, for sure, be a steal.

Let’s face it, owning a new car is costly not only because of the car’s initial price but also because of the hidden charges such as shipping costs, dealership fees, taxes and so on. On the other hand, buying a used car guarantees you of lower fees. The registration fees, for instance, are lower since it is based on the price tag of the used car. Additionally, the insurance rates for a used car are bound to be lower compared to that of a new car. For example, when you have met with an accident in a new car, most insurance companies will pay you what the car is worth at that particular time and not how much it was worth when you bought it. And to be able to get a good cover, it means that you will have to increase your premium. However, with used cars, you don’t have to worry about gap insurance as insurance companies consider that the depreciation of the vehicle has already occurred.

Some cars, especially those that were introduced earlier, get out phased with time, which means that you cannot find it in a yard easily. However, if you opt for used cars, you are more than sure that you can find one that is still in good condition. Furthermore, there is a large variety of used vehicles to choose from starting from vintage cars to the recently introduced vehicles.

As aforementioned, new cars depreciate significantly. It is estimated that a new car can depreciate with 10% of its value in the first year after you buy it. Doing the math, within 2 years, the car will have lost about 20% of its initial price. Conversely, buying a used car means that its depreciation value will be slower. In most cases, most people who buy used cars end up selling them at the price they bought them for or slightly lowe