Now, I would not want to be an annoying “false herpaderper”, but this looks false, because it doesn’t sound like the car is up in high enough rpm. Also questionable is the reaching of over 300 km/h that fast and that easily? To do that it would need a huge amount of HP, maybe 500-700 (if not higher). Also the car wouldn’t sound exactly like that with so much power either. 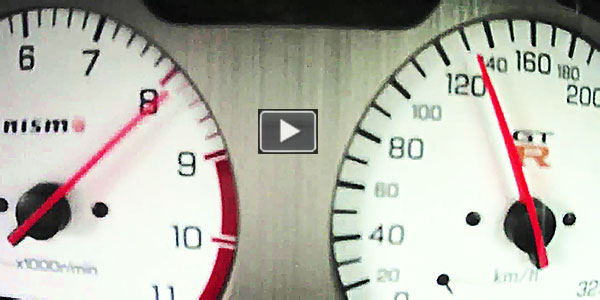 I got a lot of love for Nissan (especially for any version of R1 up to R35), but to believe that anything is real, isn’t genuine love or enthusiasm for cars. That would be totally pointless, but the same goes as well for believing that everything (or most of the things) are false.

So, in the end we leave to our readers to judge for themselves about the authenticity of the video footage. In any case, it is still a mind-blowing sound.