If you really love your car, then even if you don’t have enough money to maintain it, you should, in any case, find the opportunity to regularly service the car in order to maximize its service life. Unfortunately, used car owners do not always understand this. 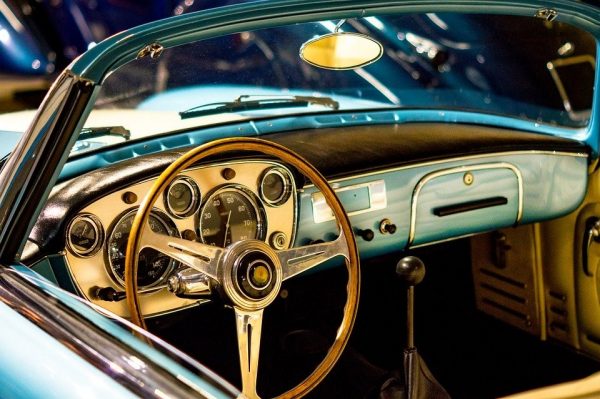 As a result, sooner or later, the number of problems in the car will play a cruel joke. The car will begin to crumble literally. But many owners, even in this case, will continue to use the car, sometimes investing a lot of money for its current repair. But how do you know that the time has come to get rid of a dead car by selling it or handing it over for disposal?

Unfortunately, sooner or later, any car will be in a landfill. It’s unavoidable. Nothing is eternal. So every owner of an old car should understand this. But why do many owners of old cars continue to hope that their vehicle will last forever? But this is not so. As a result, many drivers unnecessarily spend a lot of money on maintenance and repair of old cars.

Here are signs that you shouldn’t ignore when you notice. Remember that all these signs indicate that perhaps your car will not last long.

1) Lots of warning icons on the dashboard

As you know, the dashboard is equipped with many warning and warning icons. Recall that there are both ordinary information indicators and warning ones that indicate a malfunction in the car.

The most serious dashboard icon is the Check Engine, which means your car’s engine is malfunctioning. This, of course, does not mean that in this case, you will have to prepare a large amount for the engine bulkhead.

But this indicator indicates that it is undesirable to operate the machine. In this case, you need to conduct computer diagnostics as soon as possible using a special scanner that connects to the OBD-II port located in the machine.

2) The engine is eating too much oil

If you began to notice that the engine of your car is experiencing an unquenchable thirst for oil (i.e., you just simply have to add engine oil to the engine between scheduled replacements constantly), then most likely your power unit will have a lot of wear and will soon need a major repair (if, of course, it will be possible). Advanced features in luxury cars, such as Audi firmware and maps updates let you diagnose the problems exactly without a lot of hassles, but old cars really lose here.

3) Increased consumption of other liquids

Like our human body, a car needs a number of badly needed fluids in order to work properly and without failures.

Unfortunately, not always a decrease in the level of some liquids suggests that this is due to the usual depressurization of some component of the car, which, in principle, is inexpensive to eliminate.

For example, in case of serious problems with the engine, the engine may start to eat coolant. In this case, you face a major repair of the power unit, which may cost more than the cost of your car.

If your car started to smoke like a Marlboro heavy smoker, then most likely your engine has big problems. It is worth noting that in this case, the “Engine Check” may not appear on the dashboard. But this does not say that the power unit in your car is working properly.

For example, if the smoke in the exhaust pipe turns blue or blue, it means that engine oil enters the engine cylinders. At the same time, you should also notice an increased oil consumption between scheduled replacements.

Typically, engine oil begins to enter the engine cylinders due to wear on the piston rings, damage to the pistons themselves, and also due to various defects in the valve guide bushings or damage to the gaskets.

5) Malfunction of the gas distribution mechanism

You probably know what pistons and engine cylinders are. Also naturally, most drivers have heard of spark plugs and a fuel injector. But, unfortunately, not everyone is familiar with the gas distribution mechanism of the engine, which synchronizes the operation of the valves and the piston system. But this is a very important engine assembly, which is responsible for the coordinated operation of the valve system and the operation of the power unit pistons.

As a rule, for the coordinated operation of these systems, there is a gas distribution mechanism equipped with a belt drive (timing belt) or chain drive (timing chain).

6) Knock or knock in the engine

The internal combustion engine with which cars are equipped is a gigantic piece of heavy high-strength metal, opposing and holding back thousands of explosions every second due to the ignition of fuel in the combustion chamber.

Naturally, there are no silent explosions, so any internal combustion engine cannot operate silently.

But thanks to various systems and mechanisms, designers and engineers in the automotive industry have made incredible progress in recent years, reducing the noise of modern power units to a minimum.

In most areas, there is a problem for any used car owners. We are talking about rust, which does not spare many vehicles.

Usually at risk are cars that are operated in areas with high humidity and with large temperature differences.  This is especially true for older cars over 7 years old.

Therefore, if your car has many places with corrosion of body parts, then it’s time to get rid of it. Believe me; otherwise, body repair will cost you a lot. It will be easier to save up for a more recent car.

8) Creak and knock off the steering and suspension

If your car has the forward gear and the steering wheel is straight, then the car should go in a straight line, and its suspension should absorb any road bumps without any problems.

But if you, in order for the car to drive straight, you need to see how the front wheels are located on the road, and if your car bounces on small bumps, as well as if its suspension creaks or knocks even on small cracks on the road, then most likely it’s time to repair the steering system and the undercarriage of the vehicle.

As you already understood, similar advice applies to any similar difficulties with old cars, which, believe me, know how to drink the blood of their not very wealthy owners.