There is no need to introduce Morgan cars to real car culture experts. This British brand is one of the most fascinating in the world of car culture. It managed to survive all the financial crises plus the downturn in the country’s car industry. Even today, Morgan still produces great retro-style cars that require a lot of experienced craftsmen work. 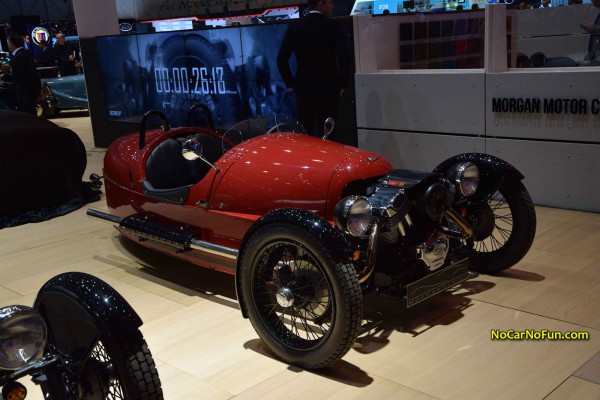 The beginning of the company

In 1909, Henry Frederick Stanley Morgan made a small three-wheeled single-seater for his use. Though the car immediately got a lot of attention and people convinced Morgan to start commercial production. In 1911, a two-seater version of the car was introduced, which, of course, immediately became a success. In 1912, Morgan Automotive Company was officially founded.

Initially, Morgan tricycles were powered by two-cylinder motorcycle engines installed on the outside of the body. With this configuration, Morgan cars won several famous races. Yet, the production of four-seater cars that later required a slightly larger engine began, so Ford’s four-cylinder power unit from Model Y was used.

Even though Morgan three-wheelers were not practical, they still became quite popular. Nevertheless, as the company started to produce traditional four-wheelers, the interest in impractical three-wheelers has faded. In 1952, the production of the initial three-wheel cars was stopped but we can still see some of these cars on our roads today.

Morgan cars are exclusive as they are a bit handcrafted. Also, the company does not rush to produce as many cars as possible. Morgan factories have roughly 130 employees who produce 750 cars a year. The car brand has a strategy that has been proven for over a hundred years – one badly produced car can damage the reputation of the whole firm.

The price of Morgan three-wheeler

When the first Morgan three-wheeler was produced in 1909, it was a great alternative to a motorcycle at an affordable price. Nonetheless, Morgan cars have never been cheap, and the company has always tried to keep the high value of the vehicle. Today, the brand lovers can find various Morgan cars for sale (https://dyler.com/cars/morgan) on reseller websites.