While some people may consider many of the cars today that are most popular with women as girly or cute, these cars also happen to be some of the most fuel-efficient, affordable, and practical cars on the market. While many may think that women are typically less informed about cars than men, according to sales statistics, women more often buy a vehicle with their head, while men tend go more with what they want in their heart. Women tend to purchase smaller cars that are more fuel-efficient, more practical cars on which they can rely. The most popular cars with women seem to be built by international automotive companies. While the majority of cars favored most by women are built by the automotive companies of Asia, here are a few of the top European cars that women typically buy. 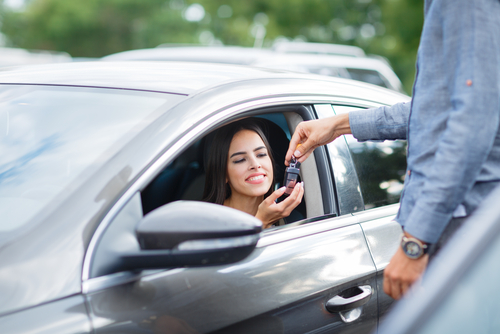 Stated by 12 Volt Solutions, the BMW 2 Series is one of the top European car that women often buy because it’s car where luxury meets affordability. It’s a much more sensible option for anyone who wants a luxury car, but doesn’t want to pay an arm and a leg for one. The base 228i trim is one of the brand’s most affordable models in its entire lineup. However, just because it’s more affordable than other luxury cars, that doesn’t mean it sacrifices any of the luxury details. The BMW 2 Series still offers plenty of style and power, following the cues of design from some of the brands more expensive and bigger models.

The appeal with the BMW 2 Series isn’t just that it’s a more affordable luxury car, it also scores extremely well when it come to safety as well, which may be why this European car is popular among women. Along with the vehicle’s eight-speed, smooth automatic transmission, the model is also available with a manual six-speed transmission to match the lineup of sporty engines. The compact BMW 2 Series comes with sport seats as its standard, however, power adjustable seats are also available, providing a great option for drivers on the shorter side. The BMW 2 Series convertible also offers some of the best bang for customers’ buck.

The interior of the Volkswagen Beetle has a simple layout, and the touchscreen controls in the models of recent years are intuitive. The vehicle can comfortably seat four passengers, although most cars in the same class can fit five, although not necessarily comfortably. The turbocharged engine offers some good acceleration, which is both practical and fun. Possibly the highlight of the Volkswagen Beetle is that it’s available as both a coupe and a convertible. The convertible model is certainly far more fun than the standard coupe. While the Volkswagen Beetle of course possesses a certain timeless appeal in its coupe form, it’s an entirely different story when the top is down and you cruise around in a convertible.

A Volvo may seem like a stereotype, but there’s a reason that it’s one of the top car that women typically buy. There’s a reason that the Volvo V60 is a popular car for women. In terms of station wagons, it’s one of the best. The Volvo V60 is as safe and as good of a car as the Volvo sedan, however, the V60 has more cargo space for whatever drivers may need to transport. Thanks to a few different turbocharged engines to choose from, the Volvo V60 presents itself as a practical luxury station wagon that is also fun to drive. Adding to the practicality of the V60, optional all-wheel drive makes the car easy to drive in bad weather. The Volvo V60 station wagon certainly helps shake the reputation Volvo has for creating more boxy designed cars with its rounded edges, offering a more sophisticated looking style.