This particular model is probably one of the most unusual cars on the road, and will certainly make people turn their heads with curiosity, because apart from the fact that the most striking features are its four axles and eight wheels, there is a hot tub hiding in the trunk, and under the hood – a barbecue! Can you even imagine this?!

In addition to the Jacuzzi and barbecue, which are located at opposite ends of this unique custom Cadillac Eldorado, it has a stroboscopic illumination lamps and a TV camera to CCTV.

Of course, after having a nice bath and a good meal you should sit back in the backseat and watch some TV. The new owner is to be 100% certain there isn’t anything suspicious going on near the Cadillac, which is why security cameras were installed, and for the dark nights here is the system of interior lighting.

Despite the fact that the car has a Texas number, its creator is from Australia. Perhaps that is why the car was offered for an Australian online auction Shannons this summer. 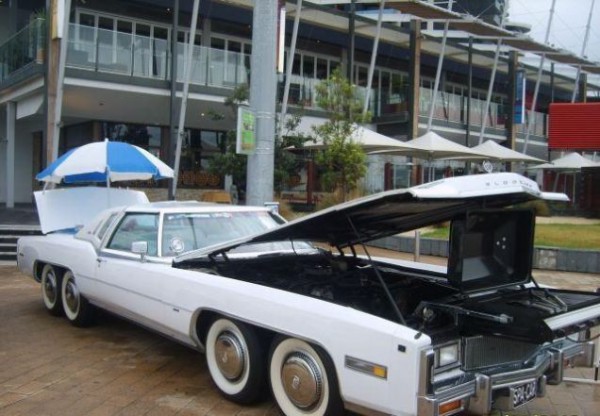 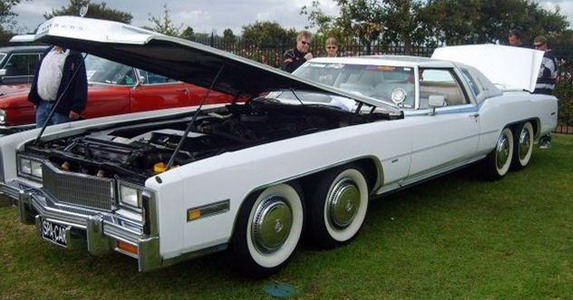 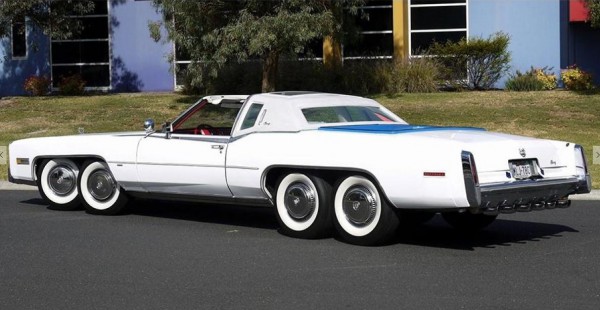 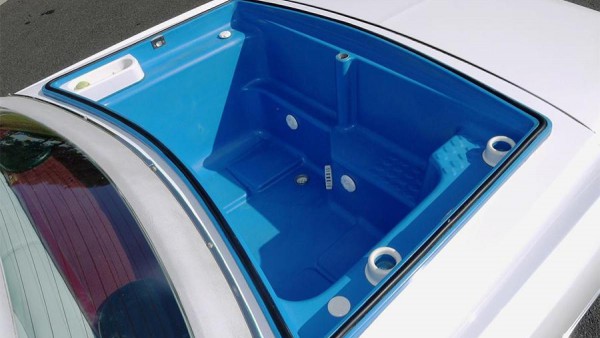