The GT-R will be turned into a real track machine, making it ideal for the road. Though no detailed list of the specifications has been released yet, we can easily guess what options this GT-R will feature. 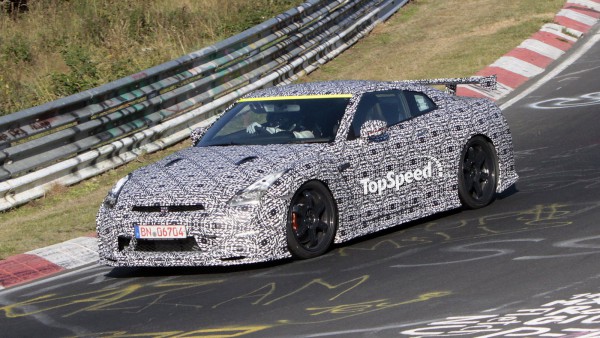 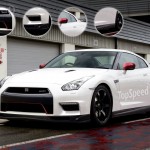 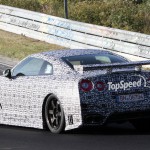 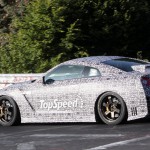 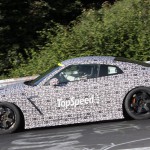 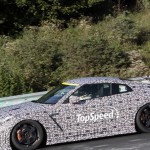 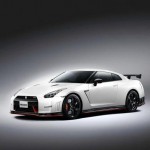 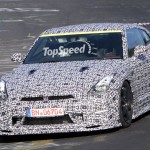 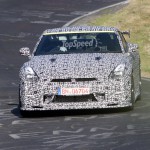 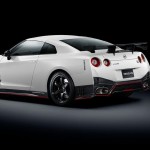 Exterior-wise, the Nismo will get improved aerodynamics, which involves lower front, rear bumpers, sill side skirts, wider wings and a big wing at the rear.

Whereas on the the interior, unique suede-trimmed Nismo sports seats with red stitching will be adjusted. The steering wheel along with the pedals, gauges and gear knob will be refurbished.

3.8-liter, twin-turbo V-6 engine will power this GT-R. So, at least 25 horsepower more will be produced rather than original 545 horsepower. Moreover, the standard 6,400 rpm output was enhanced to 6,800 rpm.

The new Nissan GT-R Nismo is expected to be available next year. 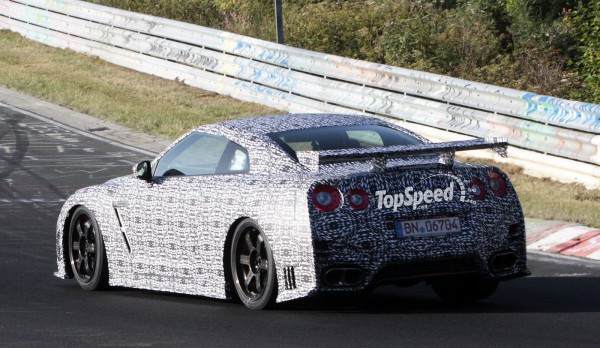 The line of carbon-fiber components such as front fenders, trunk lid and hood, a body kit involving new front, rear bumpers and skirts, will change this model`s exterior. The carbon-fiber parts will minimize the Nissan`s overall weight for around 143 pounds.

For bettered downforce, a massive rear spoiler and a new front splinter will be installed.

TopSpeed Rendering back in February 2013 missed a few tidbits about this model, some of them being the red line along the bottom of the body kit, the style of wing, the black side-view mirrors, the absence of air intakes on the outer edges of the front fascia and the gills in front of the front wheels. 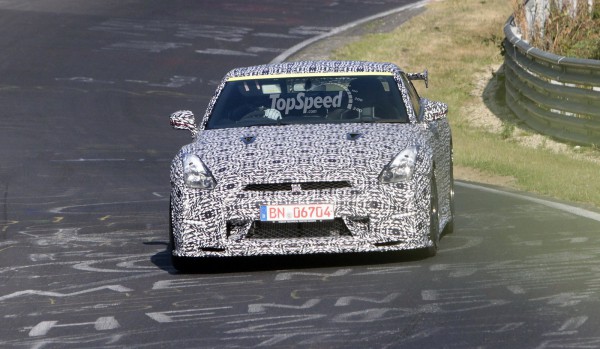 It is rumored that the GT-R Nismo with Michael Krumm, an ex FIA GT1 champion, behind the wheel, lapped the Nurburgring in amazing 7:08.68.

The GT-R Nismo will be driving on 20-inch alloy wheels. They are wider than the base GT-R for a half-inch. Moreover, they are wrapped in Dunlop SP Sport Maxx GT 600 DSST tires, sized 255/40R20. There are larger anti-roll bars and electronically adjustable dampers offered with three diverse options: Track, Race, and Race Plus.

The new GT-R Nismo is expected to be showcased the 2013 Los Angeles Auto Show. Its starting price will be somewhere around $200k area.

Practically, the 2014 GT-R does not differ much from the 2013 model year. The Premium Interior package featuring a Red Amber theme and hand stitching contrinutes to the subtle change. 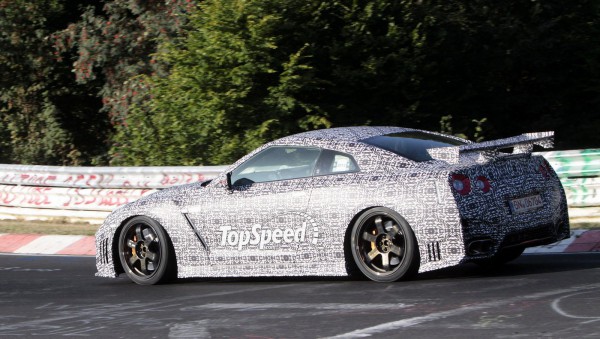