Since then a lot of unusual modifications were made on the Vettes. Some of them were transformed into rally cars, and some were brought back into life like…an off road vehicles. This Corvette Frankenstein was presented by the guys at autoevolution in March this year. When the owner brought this creature in Gulfport, he asked $8,000 for it. This price is not so bad if you consider that according to Hagerty’s price guide, to buy a base L48 Corvette in average you’ll need $8,394. Covering the costs for modifying the vehicle into a monstrous beast like this one, the total amount will surely be higher than $8,000. What do you think, would you pay $8,000 for a car like that? 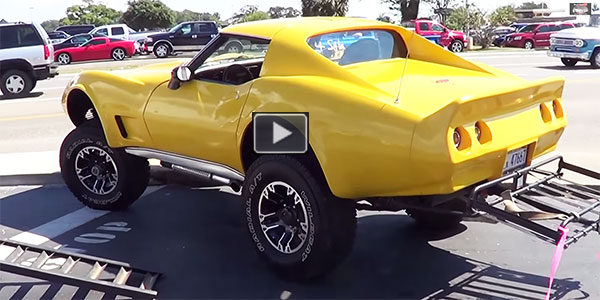 The last two 4×4 Corvettes that we saw were on sale on craigslist. The first one was a 1980 model painted in white from Michigan, while the second one was a 1978 black model from Texas. Even owners of some Corvettes at the Carlisle events were considering including some of these modified Corvettes at a certain future event.