Norman Timbs Buick Roadster -- this is the most brilliant representative of the American self-made cars from the late 1940s to the early 1950s. Comparing to other similar vehicles, this roadster is characterized in that it was created not by a car fan, but by a professional design engineer, who worked with the Tucker Corporation.

Main feature of the Norman Timbs Buick Roadster is not in a futuristic design, but its construction. This car has become almost the first American car with a mid-engine layout. This technique will appear in the US until the end of the 1960s. 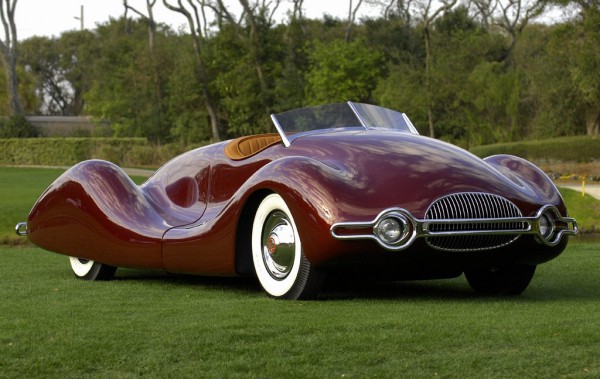 ..CLICK BELOW ON NEXT PAGE to CONTINUE and Read more about the next car on this list…