On September 28, 2013, Ford auctioned a unique prototype of the NHRA competition at the Barrett-Jackson auction in Las Vegas. We are talking about the 2014 Mustang Cobra. The profit was donated to the National Multiple Sclerosis Society. 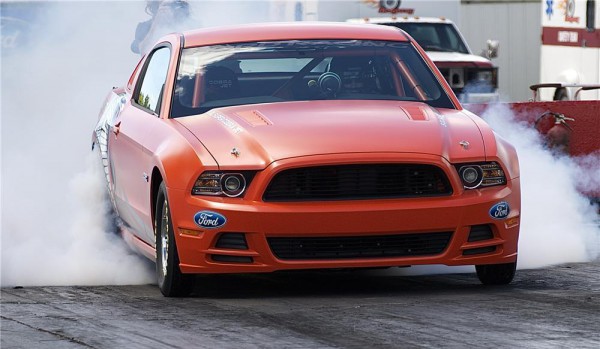 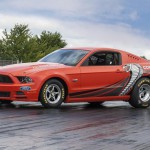 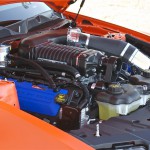 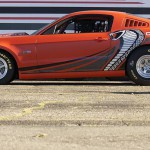 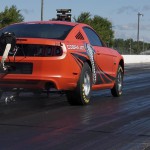 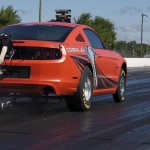 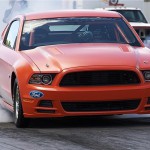 What makes this Cobra mighty is the 5.0-liter, supercharged V-8 engine under its hood, which is wired to a T4 racing transmission.

The Cobra jet finish is distinguished by an outstanding fiery orange satin complemented with dark gray stripes. There is an eye-catching National Multiple Sclerosis Society’s logo on the license plate.

The winner of the bid got both the car, and a training session at Roy Hill’s Drag Racing School, which specializes in driving cars like the Boss 302 Mustang and Shelby GT500. 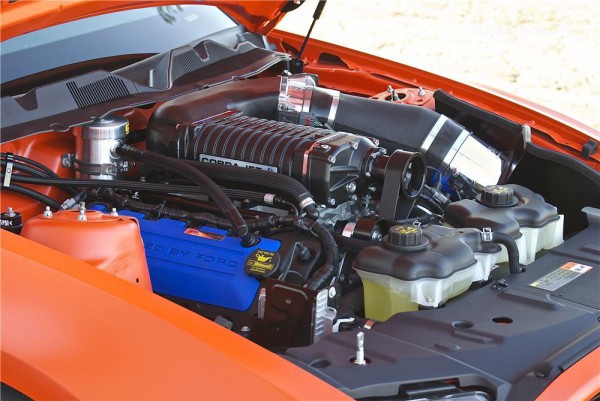 The 2014 Cobra Jet was announced in 2013. Since then, a series of updates have been established.

“This Cobra Jet is an awesome factory turn-key performer at the drag strip. It’s capable of approximately nine-second quarter mile runs as delivered from Ford. And we will include several once-in-a-lifetime experiences to the winning bidder. For example, few get to see the inner workings of the Ford Product Development Center and Ford Racing to learn how to leverage the Cobra Jet’s power. This information can then be taken to the track to immediately break into competitive racing;” this is how Dave Pericak, Mustang chief engineer described this Jet.