But the most famous car in the garage is the Blastolene Special, known as Tank Car -- 29-liter monster that is involved in computer game Gran Turismo. Not just another supercar of the early twentieth century, this monster was built in 2001. Its huge engine was borrowed from the M-47 Patton tank and develops 810 horsepower. Clearly – it drives like a sports car, and with sizes more than a limousine. This tank-mobile Jay built it for himself. In stock (yeah, we are talking about the tank) 12-cylinder engine gave out 810 horsepower. 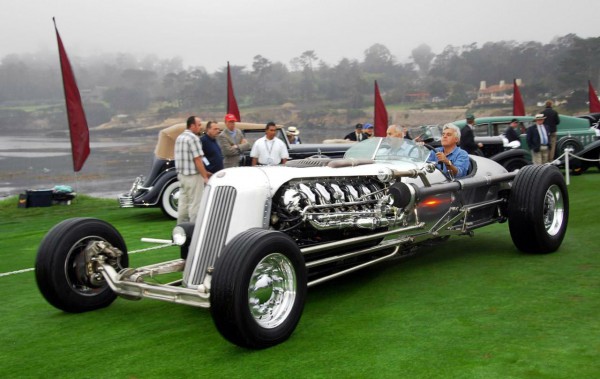