Many stars of the world have a very expensive hobby to collect rare, old and new cars. Jay Kay of Jamiroquai, rappers T-pain, Birdman, Wyclef Jean, athletes Shaquille O’Neal and Reggie Jackson have invested hundreds of millions in their collections.

However, the biggest nerd for cars among the rich and the famous is the American TV host Jay Leno. The guy has over 100 cars and 50 motors and each of them has a particular relevance. He collects everything that has a value, whether American or European. For them, Leno took mechanics to take care daily and automobile companies have a habit of sending him to look at their new models a week before their official premiere. 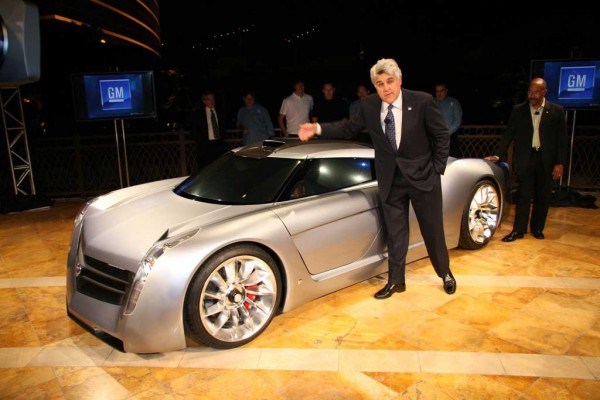 He is considered an American Sheikh, which has one of the richest collections of cars in the world. Among them – there are homemade rarities (like chrome tank-mobile) and modern supercars and exclusive cars, made in one piece.

His great collection of about 100 cars is gathered in the so-called Big Dog Garage in Southern California. It includes electric vehicles, hybrids and those powered by steam. There are very rare specimens such as Monteverdi 375, the first produced Ford GT40, and half a dozen Duesenbergs. From his mother, who was Scottish, Leno inherited his love of the British brand. He owns Ariel Atom, tricycle Morgan, Rocket Company Light Car, Mini and six rare models of Bentley. Even he alone has developed a supercar – the diesel EcoJet with power of 650 hp.

His fame moved beyond America thanks to a grand collection of cars and motorcycles (today around 190 exhibits, more than 100 of them – are cars). Of course, they all deserve attention. But we look at Jay Leno’s garage and try to choose the most spectacular cars.

The American Ford 812 SC Sedan 1936 is a considerable historical value for any collector. It was here that was first used independent front suspension. In addition, this is the first car with retractable headlights. 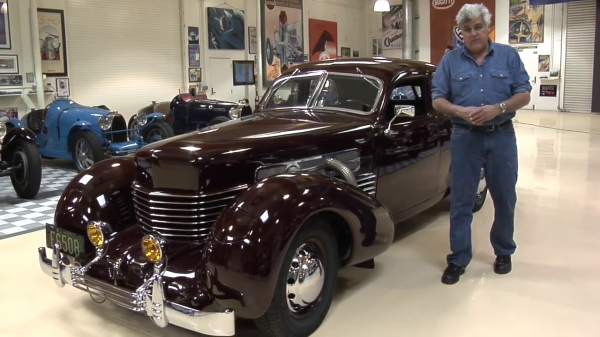