Born on 10 January, 1981 in Auckland, New Zealand, Mike started racing motocross when he was 6 and was placed 2nd at the New Zealand Pro junior 85cc motocross championship in 1997. After that, he competed many years on a tight budget making the weekend trips with his mother along the way as a support. Eventually he got bored and tired of racing and so transferred into Freestyle Motocross, an extreme sport in which he competed professionally for three years. This stint of his produced only mild results and after many concussions and broken bones he turned to another motorsport form which gave him the same rush of adrenaline but having the safety of a vehicle and so his career in drifting started in 2007. He began drifting in Europe and Asia in 2007, where he continues to race after a very successful season in 2009 when he was placed first overall at the Formula D Asia Pacific World Drift Championship, held in Thailand.

Coming from a MotoX background, Whiddett made a huge impact on the drift scene when he released his RX 7 drift car decorated with the Red Bull brand. 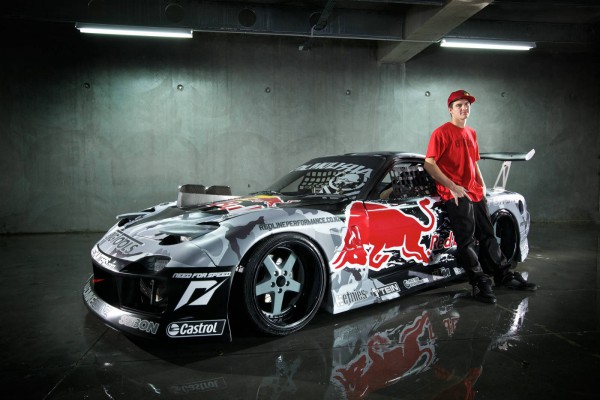 Having the support by some of the world’s largest brands like Red Bull, Etnies, Metal Mulisha, Castrol and Teng Tools, he competes in two professional drift spec Mazda cars equipped with rotary engines -- all over the world and whenever he is behind the wheel and starts his high speeded drift, he always experiences the same flow of adrenaline that keeps him motivated so much...CLICK BELOW ON NEXT PAGE..READ ABOUT ALL THE GREATEST DRIFTING MASTERS IN THE WORLD..