Films are often a logical choice … but not just because of the ease of viewing celluloid creations within an hour and a half to two, but also because of the visuals and sounds which contribute to the complete impression -- especially when it comes to movies in which cars play a major role. So you see, we have selected some that mean a lot to us and not to some defined ranking, but in quite a random order. It is our great pleasure to present you this amazing list featuring some of the best and most famous cars from movies and TV shows. We are sure that many of the cars listed below would bring fond memories to many of you.

It appeared in the epic 1977 movie Smokey and the Bandit. The main star of the movie, Mr. Burt Reynolds was promised to get a free Pontiac Trans-Am if the movie became a hit. Not only was the film incredibly successful but its popularity also helped increase the sales of the 1977 Trans-Am T-Top. So months have passed and Reynolds never heard any news about his car. When he called Pontiac to inquire, Reynolds discovered the executive who promised him the car had since retired. Unfortunately for Burt, the new executive refused to hold on that promise. 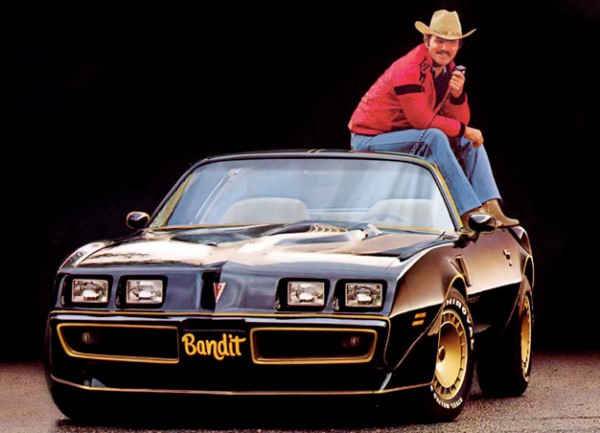 ..CLICK BELOW ON NEXT PAGE to CONTINUE and Read more about the next vehicle on this list…